“My dog is an atheist: he no longer believes in me.”
François Cavanna
~~~~~~~~~~~~~~~~~~
The Aborigines, the indigenous peoples of Australia survived as hunter-gatherers for 40,000 years in the most hostile environment. They hadn’t domesticated a single animal – or plant.

Around 1.600 B.C., they were visited by Austronesian people who brought bows, arrows, pigs, domesticated plants, pipes and dogs with them. All the Aborigines kept were the dogs.

The nicest phrase about dogs comes from the Aborigines.

They were leading a nomadic life and they were more prone to sleep in the open air than get hold of accommodation – be it makeshift. They had Dingoes, the semi-wild Australian dogs, with them to keep them company, for hunting and for living blankets.

In the desert (half of Australia is covered by desert) the temperature drops sharply when the night falls. The Aborigines were cuddling with their dogs to warm themselves – humans and dogs alike.
Ergo, this phrase: “A five-night dog”, which means it was so cold that you had to cuddle with five dogs. The dog was not simply a domesticated animal for the Aborigine; it would keep them warm and alive.

It was not just man’s best friend; it was a condition for life.

As a child, I never had a dog. At some point we had a canary in a cage. I opened the door and tried to catch it because I wanted to stroke it. It flew away and was, probably, eaten by a cat; or maybe, it founded a colony of free canaries.

Then, when I was twelve years old, we had a stray cat, Maurinio, which was coming over our house to get some food and sleep in front of the gas heater.

Our landlord, who was a fisherman, killed it.

But I never had a dog, as I have already said. Except Ivan, a stray dog in Naxos who was following me all the way to my room to feed him a slice of bread. I was with Ivan and Nina that I endured a “five-dog night”.

I got acquainted with Nina Simone through My Baby Just Cares for Me which was used in a commercial and became a hit.

On Naxos I met a photographer who taught me how to really see the photographs and also listen to music. He wrote me a tape (primitive times and means) with a best-of Simone.

I adored Billie Holiday, the tragedy in her voice. Nina was something different, multifaceted, untamed.

My friend had attended a gig of hers at Lycabettus Theatre back in 1990, or thereabouts.

“She was like a priestess of an age-old religion” he had told me. “She was sitting at the piano, stout as she was, and she was playing. The audience was stunned. We were listening to her, not even daring to breathe.

The same thing occurred to me despite it was just a tape. I listened to Sinnerman with the minimal piano and the gospel lyrics tens of times as if it was a prayer [I cried, power, power (power, Lord)].

The trumpets of Feeling Good (it’s a new dawn, it’s a new day, it’s a new life for me) would get my day underway. House of the Rising Sun for the wrecked souls, but more traditional and folkier than The Animals’; and my favourite, back then, Ain’t Got No, I Got Life (I’ve got life, I’ve got my freedom, I’ve got the life).

It is certain that the Aborigines who believed that the world and all of us are the dream of some other creatures would adore Nina as goddess.

But the story begins with a five-dog night. It was a bitter winter. I was living in a tiny room with no heat. The window was broken and instead of fixing it, I had nailed a blanket.

Everyone, no exception, who had come over to this room wondered how I could endure living in there. I had nothing – not even a window. How free can you get?
Still, on this very night I could do with a proper house. I was shivering with fever. I was in bed under two blankets while wrapped up in a coat. But chills kept coming (an unmistakable sign that the fever was rising). Instead of going to a friend’s house or a health center, I put on a Nina Simone tape.

I thought I was having hallucinations because I felt Nina’s piano pounding at my eyelashes. At some point I heard the telltale scratch at the door from Ivan who had come for his supper.

I told him to come in, but he didn’t know how to open a door. I got up groaning and let him in. In the beginning he wagged his tail, but then he figured out that I was not at all well.

No, he didn’t rush out to call the doctor; he simply sat next to my bed, helpless as a dog.

I was talking to him, telling him how much I loved him, that he was the most beautiful dog and other similar absurdities courtesy of the fever. He was tilting his head leftwards every time he was hearing his name, but he wouldn’t answer me – as I thought he would in my delirium.

At some point I stopped talking and I closed my eyes. Then I felt a jolt and his hot breath –probably it stank- in my nostrils.

Ivan had curled up on the bed next to me. This was what he could do; to stay by my side until I die.

I have no recollection of what else did I tell him, I just remember the feeling of safety. I had a friend next to me. Granted, not so genius and melodic as Nina, but warm and soft – probably with some fleas, too.

I slept. When I woke up it was midday already. The sheets were drenched with sweat, the tape had stopped playing, Nina was silent, but the dog hadn’t budged.
Still, what mattered most to me in this moment was to write down the dream I had just seen.

I always keep a notebook next to my bed to jot down nocturnal ideas and dreams. Only when put in black and white can you remember them when you wake up.

The dream, as I wrote it down, goes as follows:
“Bill (that was the photographer) aims at a dog. I tell him not to kill it. Bill laughs it off and he replies that he doesn’t die (that’s what I wrote down, no matter how incorrect it is, I should have written “kill”) it, he is just capturing the moment.
Red light. Bill submerges the film in the chemistry. When he takes it out, it depicts a black dog which is god.
“Why did you kill me?” says the god-dog. His voice is biblical.

We fall to our knees and plea for forgiveness. Bill says it is my fault because I don’t have faith in it. I scream to god to forgive me. I swear I will become the shadow of the dog.

I fed Ivan his bread, I stroke him, I thanked him and opened the door for him to go out. I felt loads better, albeit exhausted. I ate something, I took a bath and went to work. At night I met Bill and told him about the dream. He chuckled.

I went back home and put Nina’s tape to play again while drinking wine. Then a song came on and I hastened to reach for the notebook.

At the time I was taking private French lessons since I was gearing up to go to France, as every romantic writer should do.
The tape contained Nina’s cover version of Jacques Brel’s “Ne me quitte pas”.

It was so obvious, but I only realized it in this very moment.
Ne me quitte pas= Don’t leave me

The dream had united my frailty, the need for a god who would help me, Ivan who was sleeping next to me, Simone’s song I was listening to and my photographer friend who was capturing moments.

ADDENDUM
Ivan was killed by a poisoned bait when I was gone from Naxos.
Bill went on capturing moments.

I finally got a dog, Perla is her name, and she thinks of me as a god and hops around every time I get back home.
And Nina, with her fat lips and her thick voice, with golden earrings like an ancient goddess, with Afro-hairstyle and chocolate-skin, with sweat and tears sings for all eternity “ne me quitte pas”.

When I listen to her, I remember what I believe in, even me who I don’t want to believe.

Charles Bukowski: “It’s the only good fight there is” 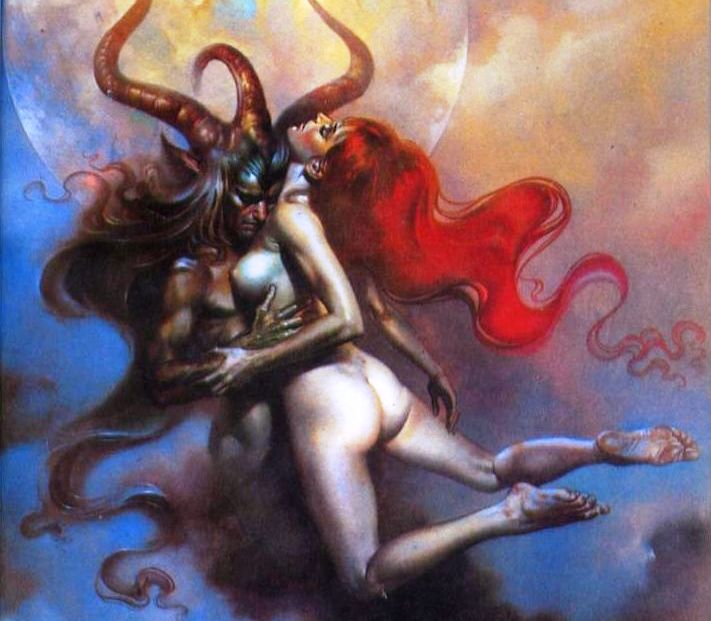 Beetroots and aubergines for Tom Robbins 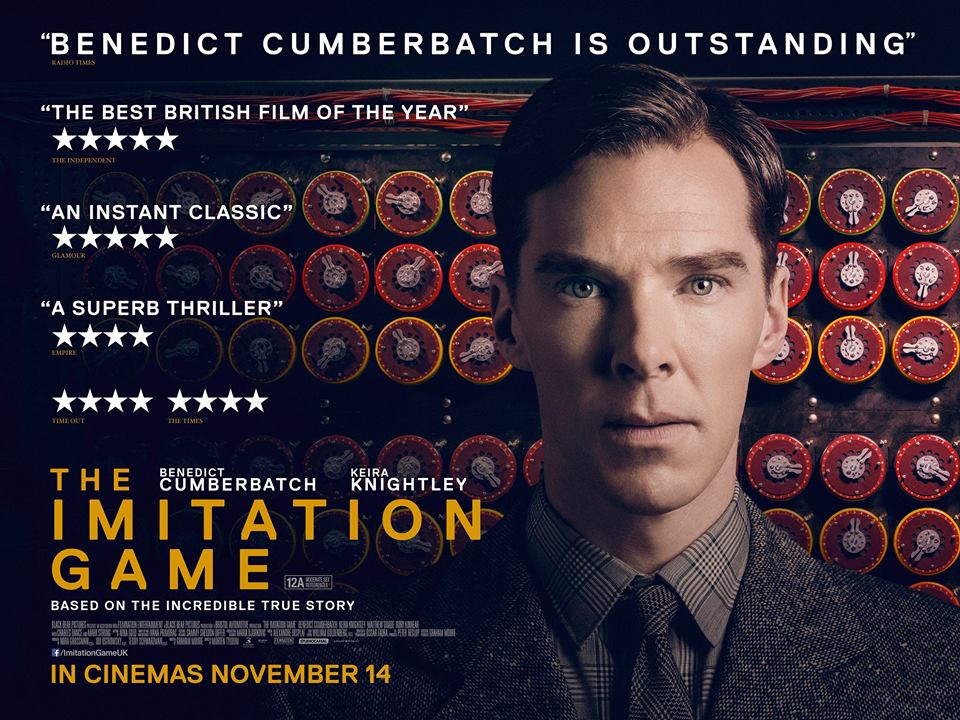 How to castrate a genius – Alan Turing