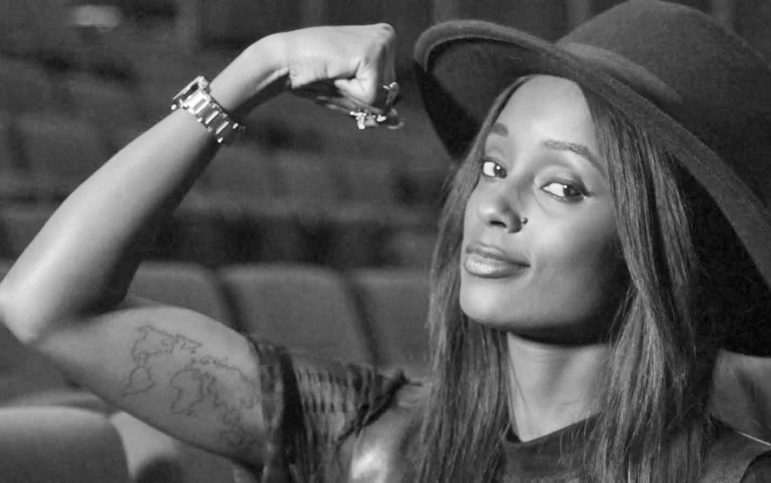 “I never realized until lately that women were supposed to be the inferior sex”.
Katharine Hepburn

Until a few years ago, the New York Philharmonic, one of the most famous orchestras in the world, consisted mostly of men whose percentage would reach up to 90% some times.

The auditions to join the orchestra were tough and demanding and far from anti-feminist. Both men and women had the same rights and obligations when they would audition and the judges (men and women in equal numbers) were not sexually biased; or that’s what they thought.

Just recently a decision was made that the auditions from the New York Philharmonic would be blind. Blind auditions means that the judges listen to the candidate musician performing but they have no visual contact neither do they know their name and their sex. And just like that and “inexplicably” the percentage of men and women wasn’t just equalized, but now the number of women surpasses that of men.

Conclusion: Even when the judges (both men and women) meant to be unbiased, they did discriminate. A female musician is not as good as a male one (this is common knowledge).

That’s one side of reality; the social gender, namely some supposed –and manufactured-traits and features that characterize a woman as a woman and a man as a man.

Still, the view that every difference between a man and a woman is but a social product presupposes dogmatism and short-sightedness because in this way we overlook a very important factor that precedes society: biology.

Mosquitoes are, granted, simpler organisms and although they are far older than us they can provide some insight of the importance that the gender has.

With regard to Anopheles gambiae, the females are totally different from the male ones. Drawing a tongue-in-cheek parallel with the human race, we could say that the male ones arse about in the countryside drinking juice with their mates, whereas the female ones put their life on the line to drink blood.

Why do the female (and only them) mosquitoes have to feed on blood? Because they are pregnant.

Before you jump into hasty conclusions that this happens only to insects which are inferior (this is common knowledge) to us, let’s take a look back in human history.

Humans, as Homo, exist long before they start playing football.

If we rely on archaeology and anthropology, we see that the separation of genders exists since the Dawn of Men.

Humans are mammals. What does that mean? It means that the babies have to feed on milk to survive. Men’s nipples are for looks only, they serve no purpose whatsoever. Only women can feed babies (theirs or other women’s).

Consequently, the women in proto-groups had to stick to their babies after they gave birth to them. With them under their arms they were confined to gather fruits and seeds or catch small prey in the immediate vicinity of their sanctuary.

But these foods (as well as small insects and serpents) could not provide the calories of the meat.

To get meat, you had to go hunting (we speak of early humans before livestock farming came into play). Imagine, then, how it would be to go hunting mammoths or buffaloes or kangaroos with three children under your feet.

As a result, this role (the hunter-bearer, that is) was taken over by men who had time in their hands and nothing else to do (besides going into war with other tribes, but we will come to it later).

Women stayed “at home” with the infants, as well as the elderly men. Therefore, there was separation because of the gender physiology.

Men had the weapons, they had the required strength and they had to exert violence to kill the large prey while simultaneously fighting off the other tribes that were after the same space. Because, aside hunting, war has always been a man’s thing, even before they evolve into humans.

There is a misconception that humans are the species that “loves” war more than all others. This comes in conflict with the observations of the ethologists about the behavior of chimpanzees (the common ones, not bonobos) which are our closest relatives.

Pan troglodytes (which is their binomial name), those lovely chimpanzees, when in their natural habitat are more violent than humans.

The males (and only them) of a group organize and carry out deadly raids on enemy groups. They kill the enemy males regardless of their age and take by force the females to their own group.

They don’t do it because their religion, their ideology or their nation commands so; they do it because it is beneficial to them: kill the enemy to get more space, more food, more females.

The females don’t take part in the raids. This is not their role, not because they learned how to behave but because the females who fight (or hunt) lose their children and they will be deprived of ancestors and therefore a female violent behavior bears no evolutionary advantage.

Exception: The pygmy chimpanzees are the only matriarchal primates we know of. In bonobos the leader is a female, there are no raids and all differences are resolved through sex.

The thing is that every time bonobos have to clash with the warlike common chimpanzees, the latter prevail, exterminating the pacifists.

If we observe the human history of the 21st century, we will figure out that violent clashes are a “prerogative” of the male Homo Sapiens.

Stupidity knows no gender but it is rather rare that a woman will punch some other woman in a stadium (hooliganism is the corollary of our phylogenetic construction where the males have to stand their ground).

If we consider the mass shootings in the USA, we’ll see that there are no (almost, at least) women mass-shooters.

Our daily life reinforces the theory: It’s rather unlikely to witness two women beating each other on the streets. They might hurl some curses to each other because the one stole the other’s parking spot or because she screw her husband, but the assault will remain verbal in nature – most of times, that is.

Physical abuse goes hand-in-hand with male physiology, not because of the social gender. Biology precedes sociology – and psychology, too.

But since humans evolved a hypertrophic brain they seem to have the potential to go beyond their nature (or destroy themselves before they achieve that).

Consider that a mere 80 years ago, women, the 50% of human population, did not have equal rights with men. They remain sidelined, but now it is more than clear that they are able to do what men do – usually better than them.

Women’s most important advantage is sociality; be it due to their physiology or because of the social circumstances, women are more…social beings.

Men are more egocentric, occasionally to the point of autism.

Perhaps it is no coincidence that six out of seven savants are men. Savant-type of “intelligence”, as well as autism, occurs way more often in men (see past text https://sanejoker.info/en/2016/10/einstein-savant.html)

The psychologist Simon Baron-Cohen maintains that autism is “an extreme of the male brain” and he believes that it may be linked to high levels of pre-natal testosterone in the amniotic fluid.

Muhammad Yunus, the founder of Grameen Bank, opted to grant small loans primarily to women instead of men because he had observed that women used the money to benefit their families (and also made sure that they would repay them), whereas men tend to spend the money on drink, gambling and having a good time.

The simplistic (and also stupid) conclusion of this small text could be that women are superior to men. But such a conclusion would presuppose such a sweeping generalization where every single woman and man should be subsumed in their respective groups.

Moreover the very word “superior” is fallacious by default when we speak of behaviors.

Perhaps we could infer that the way the women act is more beneficial to the general prosperity.

But then again we would be wrong because we would downplay the egocentricity of “male behavior”.

If we had to draw a conclusion, the safer would be: there is no strong and weak sex. In the right proportions these two complement each other.

Every man, regardless of their gender, has (should have) the sagacity to cultivate their strengths to offer the best they can to society and also themselves.

Well, I can’t think of anything that women should copy from men; maybe just not to be so complex.