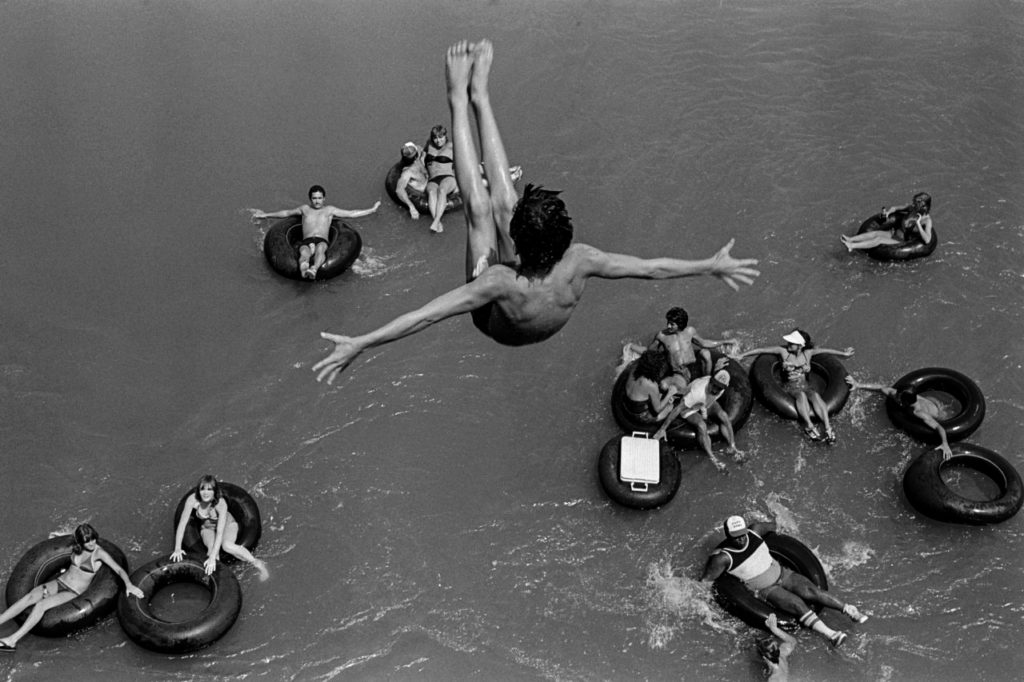 Be yourself – it is one of the most common pieces of advice you will ever get – from song lyrics or even fridge magnets.

But it is far from easy to follow it and “be yourself”.

It takes courage; because, sure enough, you will have to fight back against so many factors (social and personal) and so many people (parents, teachers, friends, leaders, companions) all of them asking from you something else from what you have in mind.

The world wants to mould you into something you must be, always for your own good.

Many people live their life like that, like camels that carry weights without ever wondering the reason why.

To become this much-desired “yourself”, to oppose all these YESSES the others want from you, you have to begin with a NO.

As Nietzsche puts it, this is the second metamorphosis of the spirit, the lion.

To oppose all these YESSES the others expect from you, you have to think for yourself – to the extent that it is possible, you just can’t rediscover the wheel.

As a rule, a man commits this devilish mutiny during their adolescence or in the beginning of their youth.

It is a time when they claim a different self for themselves, something else from their parents and the world they have been given.

Woe to those who never said NO. They will go through life deprived of their own self, they will be nothing else but projections of the others, their life will be wasted.

The trap that the aforementioned devilish youths usually walk into once they utter this very NO to their family is that they surrender without a fight to the YESSES of the groups that lie in wait.

Man is by nature a social animal, everyone wants to belong somewhere. Therefore, they show utter devotion and they melt away in there.

When you pledge allegiance to something and you are never in any doubt as to whether you should, then you have handed over free-thinking and consequently yourself.

The second trap, if you avoid groups, is to become entangled in your role.

This occurs at a later age when man strives to finds their place in the adult world.

The most usual scenario is getting lost into your profession and the family (that you create).

Many people become their job. If you ask a stranger what they are doing, they’ll go “I’m a teacher”, “I’m a journalist”, “I’m a medical student”. No one will tell you that they are into decoupage.

Family could turn out to be the worst of them all, when it devours you. Many people become parents and they forget completely that they are also men.

Therefore, when the time for their children to fly away has come, uttering their own NO, they keep them back, they clip their wings so as not to lose “themselves”.

The empty nest syndrome is one of the most common causes of depression during middle age.

The third and last trap lies when you are finally retired (therefore there is no job to define you) and your children have by now families of their own.

When a man enters the third age they usually lose themselves because they face a self who is a perfect stranger to them. A possible loss of their companion may render the whole process even harder.

Then, they take a look in the mirror and wonder: “Who am I?”

Senescence is inevitable and so is death, but spiritual decline is purely a choice.

No matter in which stage of our life we are, regardless of which trap we try to escape, we could use an additional tool to stand on our own two feet a little bit better.

In order to figure out who we truly are, in other words to become our self, we must cease for a while to be ourselves.

We must keep our distance.

For as long you are emotionally, intent no less, immersed in the situation you face, all of your troubles seem to be insuperable. The agony for a future that you don’t even know if it will ever come to pass eventually cracks you up.

You must get outside your body, take two steps behind to calm down a bit and get a broader view and, ultimately, face the situation fearlessly.

You can advise yourself far better than anyone else. Imagine that you are someone else, someone you know pretty well.

I would advise you to think of yourself as your grandchild, not your child.

Parents are often much attached to their children, whereas grandfathers and grandmothers can see more clearly the meaning of life.

Many years ago, when my grandmother was still alive, I was in a hard place, primarily of financial nature, which affected nonetheless the relationship with my partner.

The best piece of advice, the one it was worthwhile heeding, was given to me by my grandma Popi who surely had gone through much more difficult times in life than I had.

She had told me: “If there is love in a couple, there is a solution to everything”.

My grandma didn’t even make it to go to the primary school, yet her piece of advice was better than anything a marriage counselor could ever come up with. What keeps a couple together until the end is not money, sex or children, it is love.

This is pretty much the way distancing works.

Suppose you are a grandfather and your grandchild, who is at your current age, seeks your advice. It confides to you all of its troubles, love-, family-, financial and existential-related ones.

What piece of advice would you give to your grandchild?

I comprehend that this requires some of the wisdom that comes with the years – as well as the end that approaches.

Still, it is a great experiential exercise for all ages.
You (white-haired and closer to death) get your former self telling you:

“I screwed up my entrance exams; so much studying for nothing”.
(What would you say?)

“I will make double the money at my new job, but I’ll have to be away from home half the year”

“I got the bills and I’m flat broke. I’ll throw myself off the balcony”

“Life is meaningless. I don’t want to live after his demise”.

The troubles we go through make us their slave in this precise moment. We lose ourselves in there because we forget who we were, who we are and who we can become.

Our troubles bind us to a specific frame of our life. If the present falls too heavy on you, the future seems hostile and the past empty then it is not that difficult to be driven to futility, even to suicide.

To find ourselves, we have to step out of ourselves every now and then.

We have to clean our heads from the every-day dregs and dust our head and shoulders off it.

In order to find ourselves, with our fair share of smiles and tears, we have to leave behind this “self” that is defined strictly by roles, professions, convictions and obsessions.

Even in the hardest of times, if I step back I will see that I am not simply what I live on the here and now, there is a continuation, a man who has lived.

This guy looks so much like me. He had the some mother, he was reading Jules Vern on his bed, he had a poster of Milla Jovovich pinned on his wall, he was listening to Pink Floyd in high-school, he travelled to Ireland, he fell in love in Naxos and took a boy for endless walks in Thessaloniki.

He plays the guitar and sings – good or bad, writes fiction and meditations – astute or not.

I can see him beyond that. An old man on a balcony that sees the Aegean Sea, sipping his wine and writing down on his notebook the phrase: “I feel so much gratitude that I lived”.

I don’t know if I’ll ever make it to become the self I spoke of; but the thought alone gets me presently going.