Time does not exist, it was invented by the human mind and satisfies human needs

“Time present and time past

Are both perhaps present in time future,

And time future contained in time past.”

No matter how Proust you can be, if for 30 solid pages you describe nothing but how you used to plump your pillow when you were a child, your text will be kind of ‘slow’ (I am not saying ‘boring’ so as not to offend the fans of Proust who are in search of the lost time).

And when we are watching a movie (an action one, mostly) where there is so much going on and also at such a fast pace without a moment’s rest for Spiderman to drink his coffee and let us know how he feels, only when it comes to its end we try to figure out who this guy with the costume was.

In every story (be it a text or a movie) time is counted in events.

If the TV shows a landscape for half an hour, without anything else going on, then the fictional time does not exist.

The novelists and the scriptwriters are aware of that. Therefore they make sure they cater both for scenes where a lot of things are happening and for scenes where things are calmer. They play with time like a classical composer who sometimes crams many notes in the bars and some others dots only a few of them here and there.

I was developing this concept about the fictional nature of time at the workshops for creative writing I hold when I spotted John Z., a collaborator of mine, spacing out. I figured that he had found my sayings boring, deprived of Proust’s charm.

Shortly after, we were chatting away, drinking wine. He told me:
“It’s weird, I mean all this stuff you were talking about the events and if time is only fictional. Just recently I saw a documentary and the physician was explaining the nature of time and he said precisely this, that time is nothing else but the succession of events. If nothing was happening, there would be no time. It sounds like metaphysics but it is just…physics. In a totally cold universe, with no energy, changes or events, would time exist?”

These words brought associatively to my mind a night many years ago. Bill, who was a photographer, was trying to convince us that time exists only when a situation is changing.

“If nothing is changing” he was yelling as if to make us understand, “then there is no time”.

Back then, I thought he was exaggerating. The conversation was taking place in the small hours, we were drunk and we needed to get some sleep badly because we had to go to work in a few hours.

Years later, I have to admit that he had a point.

Our life goes by in the same manner.

If one day, usually a Sunday, you wake up late in the morning with a headache and idle the day away doing nothing (watching TV, fooling around on Facebook, staring at the ceiling) then when it is time to go to sleep you feel as if no time passed at all – although the sun or the clock make plain that this is not the case.

Some other days, there is so much going on and you have done so many things that you feel as if three days went by, although the same amount of hours is registered on the clock.

“When one has a great deal to put into it a day has a hundred pockets” as Nietzsche said.

Einstein proved that time’s pace is not steady – as Newton believed.  It slows down at great speeds or near big masses (do you remember Interstellar, Nolan’s movie? The bigger the planet, the slower time passes by. And if there is a black hole in the neighborhood…)

Human perception, the purely subjective/psychological one, about time is relative, too.

Suppose there are two time-observers. The first goes for the weekend at an exotic place, China for instance. The second stays at home watching TV.

When Monday comes, the first one feels like as if they were away for ten days. The other will say: “Two days already gone by?”

The routine, the repetition of the events is an almost non-event.

A student’s day lasts longer than a pensioner’s.

But it is up to us to decide how time will roll by. All we have to do is use our bicycle.

Even more years before, I was at a table surrounded by friends, Jim the Saint among them.

He was a somewhere-else guy, who had he lived in bygone, ancient times he might be considered now as a philosopher – or a saint. In the twentieth century he is merely considered as eccentric – at best; out of his mind, at worst.

I had asked him what time is (I have always enjoyed posing such easy questions).

Jim the Saint replied:
“If you drive from Kiato to Korinthos it will take you twenty minutes and you won’t notice anything in particular. If you go by bicycle, it will take you several hours, but you’ll see so many nice things”.
“And if you go on foot?” I put in.
“You got the idea. That’s time”.

Truth is, I didn’t get it. But his words still ring.

In conclusion (while laughing)

Time is not something fixed. There are only events and changes.

When we get bogged down in the routine, when we repeat the same things over and over again, we waste our lives.

We could live each day with the pockets full.

Unprecedented equals inexhaustible; every kiss can feel like the first kiss, there are myriads of writers whom you are completely unaware of, music you never heard of. More than that, new ideas and compositions come constantly into being. You will never get to know everything.

And finally, do not be in a rush to reach your destination. Enjoy the route, enjoy your passions, your obsessions and the unfamiliar landscapes you found yourself at by accident.

Everything (time itself and ourselves) is a delusion, a maya. Don’t get too stressed by the seriousness of your intentions and the weight of your existence.

Who are you, how long will you last? Take a ride with your bicycle, play with anything you may like, have a glass of wine with your friends and start laughing. 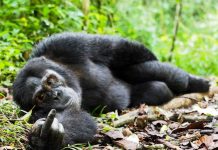 Every now and then say: “what the fuck!” 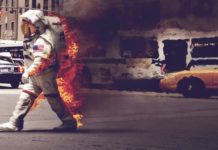 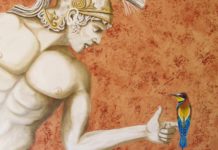 Show us your Achilles’ heel

One more hour of eternal life

Ode to joy under pressure