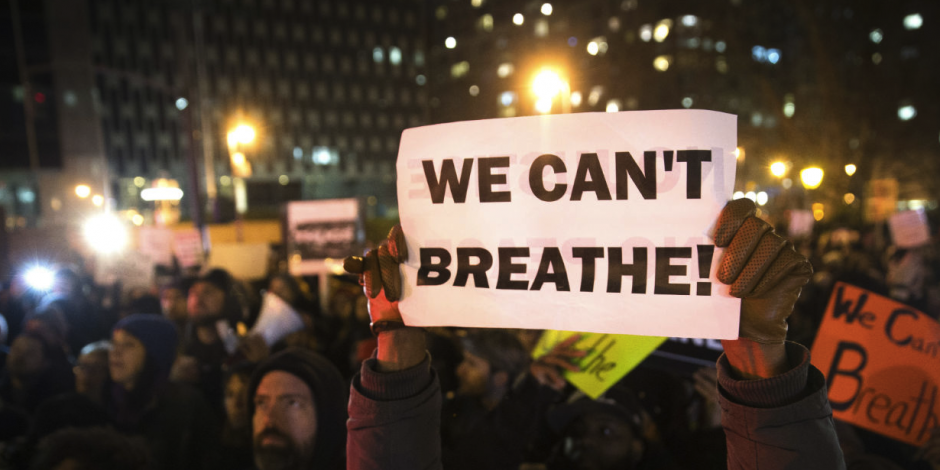 “Breathe, breathe in the air. Don’t be afraid to care”
Breathe, Pink Floyd

~~~~~~~~~~
Five times I started writing this text, but I hit backspace equal times. I attempted to express myself poetically. Then I thought it would be better to pour out my anger. I went for a more philosophical, Orwellian angle. I wanted somehow to put my thoughts down. Finally I thought to myself:  “Just write”.

I am not outraged. When I saw George Floyd’s death I felt I was choking, as if it was my own head under there; it could well be.

Yet, I did not feel ire. The policeman disgusted me as if I was witnessing a Lovecraft’s creation, something like those unholy beasts that our tongue dares not utter their name.

And this cop-murderer is way worse than Lovecraft’s Cthulhu because he is also a human being.

Yes, the murderer was given birth by a mother, too. He was a child once, like everyone else. He was raised in a western society, privileged to access drinkable water and attend to school.

He is probably my age, maybe younger. He saw similar movies I did, perhaps he read some books, he fell in love, he got married and he fathers children.

The policeman is not a monster and it is precisely this that it is scary.
Hannah Arendt was dead right.
The scariest thing is that evil is banal.

Evil in real life is stripped of Hannibal Lecter’s charm. It is not satanic like Antichrist. He has not lost its mind like Jack Torrance in The Shining.

The evil is your neighbor who chats about basketball, puts off their shoes before they come over for the children’s party, they quitted smoke, drink and red meat, they are on a diet to drop the body fat they gained during quarantine and they laugh with your jokes.

Then they go to work, they do what they have to do, yet it is not what they must do because no one ever told them that their job is to choke to death a man with their foot.

No one made it plain to him, but the state gives him the right to do so.

Because the police-murderers, just like the military-murderers, are not held as murderers and they are not charged as murderers unless someone by chance records their crime and shares it on Facebook.

It is not the crime itself that shocks us. Globally, thousands of people are getting killed every day. What differentiates this crime is that we heard the dying man’s voice. He is a man who talks, imploring for some air before he chokes.

It is Floyd’s words that haunt us:
“Please sir. I can’t breathe”.

We are banal. Predictable. Granted.

We sign petitions on Avaaz, we record murders with our self-phone without intervening and our rage is strictly on the internet.

Day by day we become onlookers all the more. Coronavirus provided a quantum leap to get used to distancing and getting estranged to each other. A new tool to keep every possible reaction in check. How long has it been since the Yellow Vests made their appearance in France?

Those who put the boot on our throat know exactly how we will react. We are predictable. We are clichéd. They terrorize us already about the oncoming wave of deadly viruses.

It is not the Middle Ages, I wish it was. Now the enemy is much more informed than kings or feudal overlords. Evil is banal, but we are way more clichéd.

Telemachus, my son, is a thirteen-year-old adolescent and took the other day reading the Communist Manifesto. Then it was Lenin’s The State and Revolution. I went over to consult him.

“I’ve read somewhere that once upon a time people would start revolutions”.
“Yes” replied Telemachus, “that’s how they call them. Revolutions.”
“Heads were rolling”, I kept going.
“Kings’ and Chars’” he said.
“I’ve also seen some movies, old films where people were claiming their rights.”
“Workers, women, black people, homosexuals, simple men” said Telemachus.
“They were getting killed”, I stressed.
“Too often. They were heroes.”
“Now, they exist no more” I concluded.

Telemachus did not reply. He smiled indulgently as if I were the child.