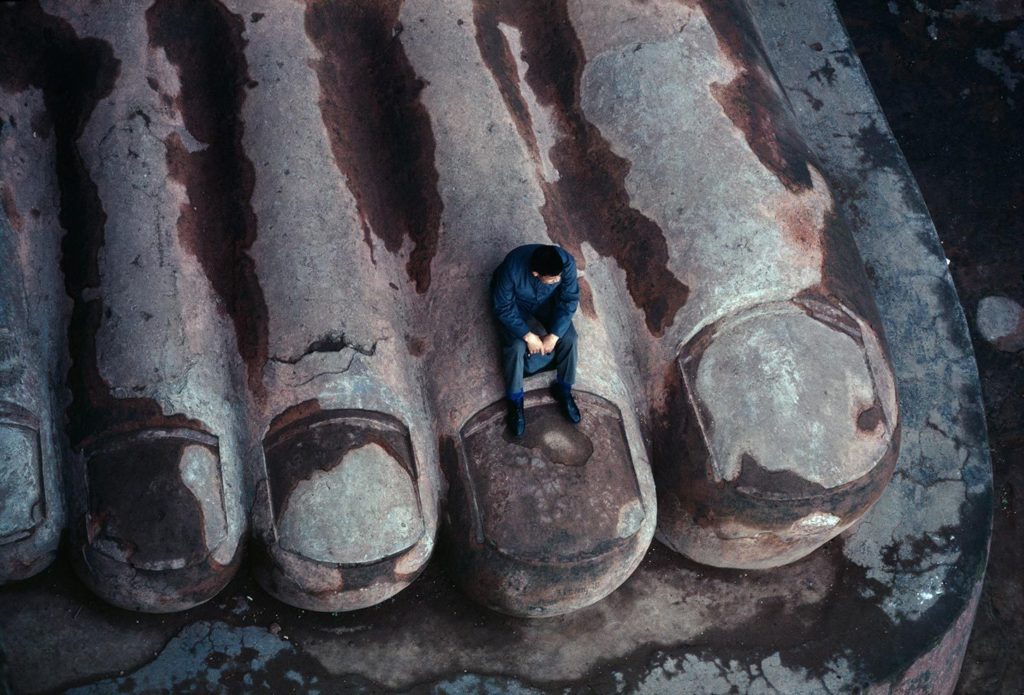 ‘I am not afraid of death, I just don’t want to be there when it happens’
Woody Allen

He went to order his birthday cake.
“Lemon pie with chocolate? Are you sure?” the employee at the patisserie wanted to make sure as if somebody had asked for a roasted Pangolin.
“Why, is it forbidden?”
“No, it’s just they don’t mix too good…”
“I’ll dump it anyway.”

The employee jotted down the taste. Then he asked if he wished a picture on the cake.
“Yes, why not? Put the picture of the chief breaking the ward’s window heading off to Canada.”

The employee remained composed. He had listened to innumerable absurdities all these years.

He went to buy suited tableware, dishes, glasses and stuff like that.

“I want mermaid plates and glasses.”

The man in charge there browsed the glasses.

”We have nothing in the way of mermaids, only princesses and unicorns.”
“Is there maybe something else sea-related?”
“Only seafood at the section with frozen food.”
“With unicorns then. Same shit with mermaids.”

He set the table. He lit the candles. First, he sang the song in English.
“Happy birthday to me.”
Then in Chinese.
“Chin-chan-chon-chan-chin-chon.”

He thought that this is a very racist song. He cut a big slice which included the head of the mermaid and ate it down to the last crumb. He took the rest of the cake along with the unicorn set and went out to toss them in the trash.

Great. That was his last birthday. Alone. He would die in six months. Alone, too.

When the doctor told him that he had cancer, he was relieved.
“Not bad, I thought it was something worse.”
“Something worse? Mr. Finikidis, I think the severity of the situation escapes you.”

He explained him seriously the severity of the situation. Lung cancer, stage four.
“I don’t smoke” said Mr. X.
“It happens sometimes.”

He had been negligent in dealing with the chest pains. Metastases had developed. If he underwent chemotherapy, he would live for a couple of years.
“Any chance for a full recovery?”
“Only by a miracle.”
“I’m an atheist.”
“Therefore we can exclude the miracle, too.”

In another time, in another place, they would have a good laugh.

He left without making clear what exactly was great. He didn’t pay the doctor. He said he would send an e-payment, but he wouldn’t give him a dime. Since he could be of no help, what should he be paid for?

On his way to his ex’s house he was thinking that he didn’t care one iota. His life was a pendulum swinging between boredom and ennui. What had he achieved? Nothing. What was he anticipating? Nothing; not even resurrection of the dead.

His ex opened the door.
“I have something to tell you”, he told her at the door.

He didn’t get round to do so. A crazed seventeen-year-old with blue hair fell all over him.

They went to kitchen. The daughter was talking about a song and dance School in Seoul, the best in the world.

The daughter started jumping around and kissing him. The ex fixed him the angriest look she could muster.
“Have you fifteen thousand dollars tucked away?”
“I was saving it for my funeral.”
“But you won’t increase child support.”
“You make more than I do.”
“But I have the child. You are on your own. What do you want the money for? You pay no rent, you do nothing, you just stay at home farting around. You’re a waste of life.”

X grabbed a dish of lentil and threw it against the wall. The daughter stopped dead from jumping around. The ex shut her mouth. For a moment all you could hear was the washing machine operating.

“Goodbye” said X. “Sorry for everything.”

He left the whole cake (minus a piece) on the roof of a car next to the bin. He tossed the glasses and dishes with the unicorns in the recycle bin.

A girl stood and cast a look at the cake.
“Pity” she said.
He thought that she smiled at him.

She moved forward. X made it to the super market and found himself right behind her. She was wearing a short skirt and thin tights. She was athletic. He pictured himself walking up to her and offering her a hundred Euros (or even two hundred) for one night. But it was out of his character to make such moves, he only fantasized them.

He caught up with her at the traffic light. They stood side by side waiting for the light to change.
“Have you ever been told that you look like Kirk Douglas?” the girl asked him.
She had blue eyes and red hair, just like the mermaid of the cake, and a nose ring.

“Before or after he died?” X asked her.
The girl laughed and her laughter sounded like ice cubes in a glass filled with Jameson.
“As he was in Kubrick’s Spartacus.”
“Do you know Kubrick?”
“I study filmmaking.”

They crossed the street together. They walked side by side. She was laughing with his jokes and it was pure music to his ears. She proposed they have a coffee pointing at a place.

“Here? I see only old people hanging around” he told her.
“Let’s go somewhere else then.”

At four o’clock in the morning he was sitting on the balcony wearing but a boxer. He was feeling cold, but he was on fire. He couldn’t believe that he would die. He had just met Bella, it was a sign.

She was way too mature for her age. And sex with her was…

Bella went to the balcony door.
“Aren’t you sleepy?”
“I’ll sleep my fill when I die” said X and kissed her.

He got up around noon. He got dressed quickly and left the house. He left her only a note on the table which read: “I’ll be back in a couple of hours. Don’t go. I think I’m in love”. He made no mention of his condition.

He went to see the doctor. He had to wait. Somebody broke their appointment and he slipped in.

“What are my chances of being cured if I undergo the therapy?”
“I have already told you, very slim.”
“If I’m praying?”
“Antiscientific how it may sound, it does help.”
“Is there any God or saint with a bigger percentage of miracles? Or something like these hands and skulls they display at churches?”
“Mr. Finikidis, it is good that you are jesting. The most important is that you want to live. If you believe it, if you put your heart in it, you improve your chances. If you resign, you die. It’s simple logic.”

He made an appointment to begin with the therapy. He would work out, he would drink matcha tea, he would quit sugar and junk food, he would pray; he would do anything.

He got in the house and called Bella’s name. She made no response. We went to check the bedroom and then the bathroom. She was nowhere. He thought that she probably went out to buy some lingerie.

Then he spotted the note on the table, but it wasn’t his.
It was Bella who had written:”I’m sorry, but that’s life. I’d like you to know that I was fond of you.”

X went to the living room. The laptop, the computer, the 40” TV and the sound system were missing. His grandmother’s jewelry was nowhere to be seen, too. He looked for the nest egg. Bella and her accomplices knew exactly what they were after. The money was gone.

He felt dizzy. He slumped down in the nearest armchair. His guts were aching.

From where he stood he could see the mulberry tree outside. A few days ago the staff of the municipality had pruned it and they actually butchered it by leaving only three twigs, like the fingers of a dead man.

It would take some time for the tree to be restored to its former shape. But the next spring it would be in full bloom again.